I resigned myself to the fact that life wasn’t going to be neither easy nor hard. Nature is indifferent to moods and emotions, everything is, as it is.  Fill the emptiness with what you choose yourself to be. 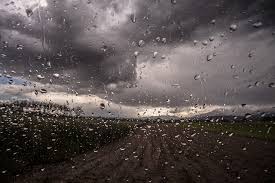 Soundtrack “If I Go, I’m Going” by Gregory Alan Isakov.

You fell in love with me

like a fallen hero
Mistaking love for things that never change

There is no poetry in Los Angeles, it’s got chicken scratch graffiti on concrete, where tattoos are mistaken for art, its train like cities that have no beginning or ending, just endless strip malls, fast-food joints—-with its smog hallowed sun. How can there be so much loneliness in these crowded places, we have become citizens of cloned hometowns, we’re generation X, or Y, or millennials,—–held together with Facebook velcro.

Nobody really knows what’s going on or what it’s all about. We’re all just running around trying to figure out what we should do, where we should go next, whom do we dare pretend to be. The clock is always ticking, all is uncertain. Before it’s all over we are desperate to discover our part in it all. Occasionally you’ll touch something and it will shock you, like the unforeseen bite of static electricity, or glimpsing a dead falling star. And for that instance your puny life takes on a speck of meaning—–one random piece of the puzzle falls into place.

Her love was like wisteria. At first it brought a subtle beauty to everything it attached itself to. But in time its clinging nature enveloped and entangled what had once been a free-swinging garden gate. Over time there was no way to gracefully enter or exist, the overgrown gate was forever intwined and frozen. It clawed over, across and on top of what once gave the garden its structure and form. In time its need to control and twist all it touched would cause the lattice to sag, to crack under the weight and finally give way. Such beauty strangles the life out all it once embellished. She was my weed strewn garden, she was everything I wanted, but the last thing I needed.

I’ve heard it said that writing is the loneliest of pursuits. It’s just you, a blank piece of paper and your thoughts. I don’t know how writers of pulp fiction feel about their craft, but I suspect that the poet is much more of a desperate soul. His ankle is tied to a huge rusty anchor and it is plunging him to the bottom of the sea. He’s headed to a place where there is no light, no sound, an inhospitable cold region. Poets aren’t depressed—-—no—they’re truth scavengers trapped in a world of forgers. If they were afflicted by depression they might find relief in a drug or in a support group. There is no clinical diagnoses or magic cure for being a poet. Please don’t be afraid, its not contagious.

My father and I share a common name—“Victor”. My dad was called Vic by his friends but I prefer Victor. As I’ve grown older I’ve seen parts of him rise to the surface in me. I was his only son and we tried to reach one another, but we were separate boats being pushed by opposing winds.

I went through a period when I was an adolescent where I’d have night terrors—-I was a sleepwalker pacing the floor in sheer terror, crying and screaming out at things no one could see but me. My dad would shake me, pat my cheek in an attempt to wake me, but I’d carry on in my neither world of monsters, demons and madness. This would go on for hours. He would ask me at breakfast if I remembered these fits. I never remembered these night events. But I’d have a faint memory of something that filled me with terror.

My dad use to say “You’ll find out someday”. And what he meant by that was, someday I’ll learn that life is cruel and bitter and hard and full of frustration and let downs. He would almost say it with a sense of glee. Like he couldn’t wait until this life beat every ounce of idealism and romanticism out of me. He’d just look at me after making this repetitive proclamation, shaking his head and giving me a snide little snicker.

I don’t know how, why or where, but somewhere along the way he surrendered his personal power. It’s always easier to give in, give up and throw your hands up and concede, but that just isn’t me. I take my name seriously, I’m a Victor, I’m born to take on all comers—bring it on—–I’ll go down swinging.

Don’t fear the inevitable, such as death. But rather, fear not taking action on the things you have the power to change, such is your life. 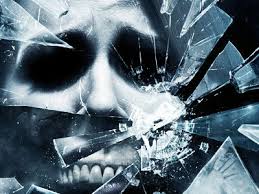 Dedicated to Poe and all other tortured souls.

Voices, a fucking chorus of voices. Calling me out, welcoming me in, whimpering, whispering, frightful laugher, eerie giggles, horrific moans, howling, sobbing,——tortured disembodied voices———Is this seething from within me?——- am I not alone in my room?

I call into the abyss, “Who’s out there?” An echo calls back “Who’s in there?” Have the demons once again breached my walls of sanity, have they escaped from that proverbial spook infested closet. Madness is not a nihilistic depression, but rather the absence of——— “The holiness of hope”…….

The night’s slithering in with its rueful dirge, the remnants of another dissolving day are ashes in my eyes, the warmth of the sun is fleeing, I’m being swallowed by forlorn shadows. The cold emptiness of night is closing in—— imposing itself on me, possessing me, imprisoning me——my sun is being slowly beheaded by the horizons guillotine……

Those with romantic notions of insanity know nothing of self loathing, insecurities or the feeling of being sequestered from the kindness of others. For the bullied, the damned and the abused, paranoia becomes the monster with whom they must do battle——with whom I must do battle.

This migraine is relentless. The voices are telling me to do unspeakable things. My forehead throbs with an unbearable pressure building at my temples. It’s as if my head is in a crushing vice. I swear that there’s barbed hooks shredding the nerve endings in my neck and jaw. There’s an ice pick being driven from the base of my skull into the depths of my brain. The back of my eyes are being used as pin cushions. It feels as though battery acid has been poured over my skull———Oh my god, how long must this go on?

Outside my starless window there’s a flock of ebony ravens gathered on a wire, chastising, shaming, scolding, rebuking, reprimanding, condemning, bemoaning, lamenting and mocking me. The feathered fiends take flight morphing into winged hell hounds. I mumble an incantation to silence their incessant baying and yelping. Oh lord, dear god, —- I need a way to extricate myself from this bottomless pit——-I must quell this erupting madness that’s exploding within me,——— Sinking ever deeper, I envision the gravedigger winking to the grim reaper, as the executioner waits with open arms.

From which side of this mirror comes my reflection?———From which side reflects reality? I can no longer tell——I’ve entered a netherworld?  A demon stares back at me through the mirror. In a cold sweat my fist smashes the reflection. From a clenched fist there flows a stream of warm blood . …… Sad eyed gargoyles look on plaintively……..

I’ve staved off sleep for days in a fruitless struggle to flee the parade of macabre visions that trespass into my consciousness. I can smell death, that metallic scent of fresh blood. A swarm of flies bring with them a foul stench of rotting flesh. They joyfully buzz about landing on the rancid corpse, dutifully depositing their eggs, giving birth to a nursery of squirming maggots. I stare at my trembling hands and watch as scarlet droplets of blood trickle down the knife’s blade.  They fall in slow motion to the ground. I run my finger across the blade and bring the digit to my lips. The substance possess an oily consistency with a salty flavor——-I suppose it’s an acquired taste.

There’s no merry halloween, no happy day of the dead. I feel the presence of someone or something staring in my window. I turn to catch the glimpse of a webbed winged bat peering in at me. There’s the scamper of rats feet dancing in the attic, the squeak of the straining gallows rope, the sound of footsteps on a hardwood floor in a vacant room. “Who’s in there?” Once again, the only response is the echo of a quivering voice “Who’s out there?”

What wicked desires turn men into carnal beasts? Is it the sting of the whip, the twist of the ligature, the terror conveyed by those bulging eyes, that shrillness in a final gasp——-the suffocating wheeze in their farewell song to this world. Fear causes the weak to give into the evil forces that prowl the moonless fringes of the soul. Ya see, there’s tidbits of hell germinating inside us all. And, at the darkest of hours you can hear its inhabitants rattle their chains, feel their god forsaken hands close around your neck———- see their red beady bloodshot eyes hold you in their hypnotic gaze.

A hunched and ragged demon stands by a gate with a lantern in one hand and a skeleton key in the other. He turns the key unlocking the gate and motions for me to follow. In a hoarse whisper he speaks” Come in, we’ve been expecting you.…Don’t worry about the lateness of the hour, we’re open all night.” On the gate hangs a sign “No shirt, no shoes, no soul, no salvation.”

The old Specter offers up an evil grin as he speaks “We’d be eternally grateful to have you as our”—- he pauses to lick his saliva stringed lips———-“To have you as our guest?”————His putrid sewer breath hangs in the air as he musters a sardonic laugh “Down here, there’s always a vacancy for another soulless one. But be advised, these rusty gates of hell don’t always swing both ways.”