Have you ever found yourself watching the news, different day, different names, but the same old bullshit and ask yourself why does everyone seems to be wasting their life away

While waiting in a huge line at Starbucks to pay an exorbitant amount of money for a fancy coffee, I suddenly become shocked by the insanity of it all
Does anyone else suffer a similar craziness to it all?????
I pump gas, pay bills, feed the cat, do laundry, shop, cook and clean, only to find myself tearing another month off my calendar

Have you ever walked into another room and forgotten what you came there for, and this is what wasting my life feels like

Amongst all the nothingness of me, I see us flying kites on a windy day and the green field smells of freshly cut grass, the blue sky stretches out to the Sierra Nevada foothills—–and your dress blows up in the wind and it makes us laugh. We let our kites go and I kiss you and it feels like I’m cutting all my strings. And for that small moment, all the nothingness of you and me no longer matters to anyone or anything……

Dedicated to Poe and all other tortured souls.

Voices, a fucking chorus of voices. Calling me out, welcoming me in, whimpering, whispering, frightful laugher, eerie giggles, horrific moans, howling, sobbing,——tortured disembodied voices———Is this seething from within me?——- am I not alone in my room?

I call into the abyss, “Who’s out there?” An echo calls back “Who’s in there?” Have the demons once again breached my walls of sanity, have they escaped from that proverbial spook infested closet. Madness is not a nihilistic depression, but rather the absence of——— “The holiness of hope”…….

The night’s slithering in with its rueful dirge, the remnants of another dissolving day are ashes in my eyes, the warmth of the sun is fleeing, I’m being swallowed by forlorn shadows. The cold emptiness of night is closing in—— imposing itself on me, possessing me, imprisoning me——my sun is being slowly beheaded by the horizons guillotine……

Those with romantic notions of insanity know nothing of self loathing, insecurities or the feeling of being sequestered from the kindness of others. For the bullied, the damned and the abused, paranoia becomes the monster with whom they must do battle——with whom I must do battle.

This migraine is relentless. The voices are telling me to do unspeakable things. My forehead throbs with an unbearable pressure building at my temples. It’s as if my head is in a crushing vice. I swear that there’s barbed hooks shredding the nerve endings in my neck and jaw. There’s an ice pick being driven from the base of my skull into the depths of my brain. The back of my eyes are being used as pin cushions. It feels as though battery acid has been poured over my skull———Oh my god, how long must this go on?

Outside my starless window there’s a flock of ebony ravens gathered on a wire, chastising, shaming, scolding, rebuking, reprimanding, condemning, bemoaning, lamenting and mocking me. The feathered fiends take flight morphing into winged hell hounds. I mumble an incantation to silence their incessant baying and yelping. Oh lord, dear god, —- I need a way to extricate myself from this bottomless pit——-I must quell this erupting madness that’s exploding within me,——— Sinking ever deeper, I envision the gravedigger winking to the grim reaper, as the executioner waits with open arms.

From which side of this mirror comes my reflection?———From which side reflects reality? I can no longer tell——I’ve entered a netherworld?  A demon stares back at me through the mirror. In a cold sweat my fist smashes the reflection. From a clenched fist there flows a stream of warm blood . …… Sad eyed gargoyles look on plaintively……..

I’ve staved off sleep for days in a fruitless struggle to flee the parade of macabre visions that trespass into my consciousness. I can smell death, that metallic scent of fresh blood. A swarm of flies bring with them a foul stench of rotting flesh. They joyfully buzz about landing on the rancid corpse, dutifully depositing their eggs, giving birth to a nursery of squirming maggots. I stare at my trembling hands and watch as scarlet droplets of blood trickle down the knife’s blade.  They fall in slow motion to the ground. I run my finger across the blade and bring the digit to my lips. The substance possess an oily consistency with a salty flavor——-I suppose it’s an acquired taste.

There’s no merry halloween, no happy day of the dead. I feel the presence of someone or something staring in my window. I turn to catch the glimpse of a webbed winged bat peering in at me. There’s the scamper of rats feet dancing in the attic, the squeak of the straining gallows rope, the sound of footsteps on a hardwood floor in a vacant room. “Who’s in there?” Once again, the only response is the echo of a quivering voice “Who’s out there?”

What wicked desires turn men into carnal beasts? Is it the sting of the whip, the twist of the ligature, the terror conveyed by those bulging eyes, that shrillness in a final gasp——-the suffocating wheeze in their farewell song to this world. Fear causes the weak to give into the evil forces that prowl the moonless fringes of the soul. Ya see, there’s tidbits of hell germinating inside us all. And, at the darkest of hours you can hear its inhabitants rattle their chains, feel their god forsaken hands close around your neck———- see their red beady bloodshot eyes hold you in their hypnotic gaze.

A hunched and ragged demon stands by a gate with a lantern in one hand and a skeleton key in the other. He turns the key unlocking the gate and motions for me to follow. In a hoarse whisper he speaks” Come in, we’ve been expecting you.…Don’t worry about the lateness of the hour, we’re open all night.” On the gate hangs a sign “No shirt, no shoes, no soul, no salvation.”

The old Specter offers up an evil grin as he speaks “We’d be eternally grateful to have you as our”—- he pauses to lick his saliva stringed lips———-“To have you as our guest?”————His putrid sewer breath hangs in the air as he musters a sardonic laugh “Down here, there’s always a vacancy for another soulless one. But be advised, these rusty gates of hell don’t always swing both ways.” 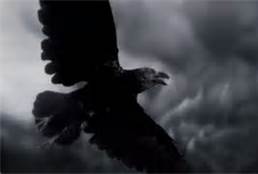 Craziness, madness the big crack up is a disease of bad thinking.  My latest drinking escapade has left me with two options in regards to what it says about me and the rest of the world as a whole.  Either I drink too much or the rest of the world is too sober.  I wish it were the latter, but at night when there are no distractions and I am stuck with only myself to consort with, it’s then that the line of insomnia creeps ever closer towards lunacy.  In the shadows of a 3:00 am quarter moon, there is no backtracking, no sidestepping, no skipping through the spotlight of truth.  At this hour, when the music stops and there is no chair to be found, I find that there is no place to go but inward. The voices in my head mock my foolishness, they scoff at my big plans, calling them nothing more than pipe-dreams, they let the air escape from my inflated thoughts of becoming a better person.  To have flaws is to be human, to be flawed is to be broken.  Isn’t it strange—-that the things you think may save you, may very well kill you, and those things that you think will kill you, may very well save you.  I appreciate the words written by Bukowski, “Find what you love and let it kill you.”  I’d rather die of fatigue chasing my loves, than blindly sleepwalk into oblivion.

My heart flexes with a contraction and then spasms outward like the legs of a startled bullfrog.  Am I having a heart attack, is this how a massive aneurysm feels as it bursts within my chest?  My body is suddenly glazed over in a cold sweat.  My mood flips from a sullen depression where nothing seems to matter, to an all-encompassing sense of dire anxiety and a fear of losing my foot hold on the slippery rocks of consciousness.  God please absolve me of all my sins, save me, don’t take me now, not here, not all alone in these loveless sweat soaked bed sheets.  Where does that piteous sun go when I need it most?

Sometimes I just get plain sick and tired of everybody and everything; myself included.  I swear—-nothing is ever good enough for anyone anyways, especially for someone with such a ruptured sense of wellbeing as me.   I’m forever over-thinking things, over-feeling things and over-analyzing everything. People say, think like a buddhist and live in the present moment, but that’s so fucking clichéd and trite.  I can’t keep pinching myself saying, “Now is now—-Now is now”.  I need my past as an anchor to prevent me from being set adrift and left at the mercy of the currents.  And, I need the future as my lighthouse to guide me through the fog keeping me clear of the treacherous rocks.  I pop in and out of the present moment as it suits me. I prefer to fondle that illusive “now” in-between my daydreams and fantasies.  Occasionally I catch a fleeting glimpses of that camouflaged illusion ironically known as reality.  I prefer to say, “What is, is.” That way I can choose to surrender to it, or to do battle with it.  “What is, is”, can be expressed as a statement or a question.  The seeds of wisdom or madness always germinate within a question.

I’m better off alone.  That way I don’t piss people off, or more honestly, they don’t piss me off.  How is it, that everyone is so fucking calm, boring and self-assured.  They plod along through life as if they’re going to live forever, as if the planet isn’t dying due to their own personal selfish excesses and abuses. They idly stare at the T.V. news as if they’re somehow exempt from all the calamity and misfortune that descends upon “those other poor souls”.

Life is not tidy, clean or simple—-it’s a madhouse, an asylum filled with desperate people running around seeking some form of refuge.   Refuge means different things to different people.  It might be a religious creed, a bottle of whiskey, a cause to defend, a love to possess, a dream to fulfill, a profit to be made——these concessions make up the tiny pieces of hope and faith strewn behind us, a trail of stale breadcrumbs to guide us back home.  Beware of those thieving black-crows of time—as they steal away our paths, leaving each of us standing alone in the wilderness asking “What is—is???”