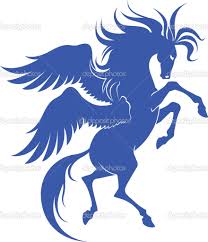 I remember those backroad travails, we weren’t lost, we were searching for something to call our own, neiave enough to still be blameless——- perfectly young, rolling down gravel roads to nowhere. We meandered through misty, foggy mornings, the taste of her coffee flavored kisses on my lips. That old VW bug was our winged Pegasus, time meant nothing, we weren’t ever gonna grow old, it would always be a kind Sunday morning world. Bored cows stared passively, red-tail hawks circled, steam rose from the river, rusty barbed wire dangled from broken down fence posts, telephone poles stretched out into infinity, the earthy smell of dew on freshly tilled soil, you at my side, we were high—–soon the cruel August sun would force us under the shade of cottonwood trees.

The lights are out, he’s on his paint chipped front porch, glowing cig, cradling an old guitar——no one to sing to cept that merciless moon. She still swims through his veins like a fully charged ell. He’s trying to remember what songs were on that old mixed bag cassette she made for him. All he remembers is the first song “Still Fighting It” by Ben Folds.

He’d of changed everything for her, but she’s a chameleon who’s forever changing. No matter how hard he tried, he couldn’t find the right match within him—-to suite her. The more he changed the uglier he became. He teetered between love and hate on a quivering tightrope——gravity stubbornly siding with hate—–poor love flounders about like a lame duck emerging from an oil spill.

When a man goes pride-less—-his pulse clanks like a rock against a rusted out heart. Don’t talk to him of love, cause all he ever knew of love perished in her eyes —-everyone he’d ever loved and lost frozen there. He swore that he’d never open up to another person again—-that he’d move into a cave and exist on cheap wine while scratching out pitiful sad poems about her and that stingy body she lived in. 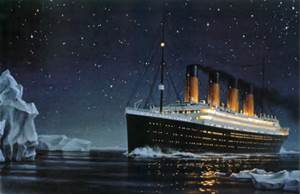 This life, man how it pisses me off, locked in, locked out——-passing me by, I don’t know——— I walk around with this old skeleton key, and every lock I slip it into refuses to give way. Lovers, friends, careers, hopes and dreams—even god, they all seem dead-bolted and out of reach. I wanted it all so bad, I wanted everything, I wanted to know something or someone in a better way, a closer way, cause I’m afraid that someday it’ll be to late——-I can’t find my way in——or is it my way out that leaves me feeling orphaned. Another rainy hungover Sunday, cold black coffee, black and blue marks, questions marks, exclamation marks—-moving on, moving out, falling down, falling apart—-how many overs make an end?

I admire but a few professions. The boxer, the standup comedian and the poet. They perform naked, no props, no cue cards, turning the disconnected nothingness of life into form and art. They allow us to take mundane moments and eye them up close as we tumble them over in our hands, like “curiosities” or “what nots” at a rummage sale——It’s a fine line between junk and treasure, truth and consequence, fate and happenstance, synchronicity and chaos———— the “you’s and me’s” and “what use to be’s”——-I wish you could see yourself through my eyes, because beauty is not so much what’s reflected in a mirror—–it’s what lies behind the reflection.

And baby, how I wish I could call you up and ask you to come over, but that number you once pressed into the palm of my heart at 2:00 am under a flickering failing streetlamp is now disconnected, no forwarding address, you’ve gone underground, unlisted, unavailable, I’m just another one of your gypsy memories——- I wish I were more like you, an emotional hitchhiker, leap frogging my way from here to there at another’s expense.

A prize fighter knows the score. He’ll take the hardest punch you can muster and then throw one back at you just as hard, until someone is so busted up that they can’t answer the bell. His only way out of this is through you. You think you’re tough, then bring it on brah! Sweat, spit, tears, Vaseline and the taste of blood fill his split lipped mouth. Rights, lefts, upper cuts, jabs, body shots——with back against the ropes, the jeers of the crowd fade until all he hears is the sound of his own labored breath——-  and from deep down there comes the throb of blood surging through his veins. Don’t get pissed or take it personally if he fucks you up, cause mister, he comes from a neighborhood where there’s only one bone for every five dogs——-

Oh my god, listen to how that comedian weaves rhythm and tempo into a syncopated groove like a jazz tenor player creating tension and release as he steers his ship between awkward truth and twisted absurdity. His riffs cut through tendons and bones with the deftness of a surgeon wielding a chainsaw——-daring those out there in the safe darkness of audience to laugh till it hurts, until tears stream down their cheeks. Killing them softly as he makes them contort and grimace with the intensity of an epileptic orgasm——cause the better part of foreplay is always laughter, and right beneath that G spot lies her funny bone. And I never doubted that Charlie Chaplin had more groupies than Gene Simmons and Elvis combined. If you can get her to laugh, the world is your oyster. Or, if you can get her to laugh, her oyster is your world——-“Drummer!——Rim shot please!”

Then there’s the melancholy poet bending words like forged metal into swords that cut to the marrow as he dissects cumbersome words such as love, and truth, and beauty, doing his best to make you cry until you laugh, cause even the saddest of life conditions eventually reaches a point of hilarity——life——- at its best is a tragic comedy, at its worst, an epitaph marred by graffiti and eraser marks——-

I’ll add one more profession to my list. Magician. He suspends reality as he toys with your sense of certainty. How did that rabbit get into that top-hat? How did his beautiful assistant disappear into thin air? He snaps his finger and a white dove appears, the ace of hearts appears at the top of the deck at his command——his cane becomes a bouquet of flowers. We’re becoming children again, believing in the Easter Bunny, Santa and the Tooth Fairy. Life is magic, like the color blue, like the sky blue, like love at first sight, like the purity of children, like ocean sunsets and mountain thunderstorms————like free candy on Halloween….

But adults lose their sense of wonder. Hope and dreams are the currency of youth. Age causes the investment to become devalued by routine and complacency——somehow discounting the small miracles that appear daily——Why? I don’t know, but it scares me when I see those my age stiffen with rust like the Tin Man——If they only had a heart rather than a brain stuffed with straw. Maybe under it all, they’re concealing a cowardly lion. Fear is the lock we must all learn to pick. It takes a titanic amount of courage to swim through this life, cause an ocean of frozen tears can sink the mightiest of ships.

I argue with god, but I’m not sure if it’s him that I‘m taking to task or just one of the cast of voices that loiter in my head. They mumble to me like homeless bums hiding in the shadows of a urine stenched alley. The chorus of voices implore me to watch my cities burn, to stop rattling the chains across my doors——to give up on you, to give up on me——-to severe all connections with an innocence lost.

I”m looking for love by brail, cause love can’t be seen, it’s only felt—-like music. Every word you speak has the power of a million waves, wearing away my walls and causing my granite facade to cave-in like castles made of sand. And did I tell you that I still love you, it’s not a choice, it’s an addiction, stronger than herion, more like oxogen than a drug, something that comes to me in gasps, and at night I suffocate in my bed. And if your phone rings at 3:00 am, it could be me, just wanting to hear the sound of your voice one more time. The right key turning the right lock is a once in a life time chance, like Sir Lancelot pulling a sword from a stone to become king—-but you cut my hair and broke my crown—–

Make no mistake, this is a world where the keys you’ve been given seldom match the locks that you find yourself stranded behind. It’s a place of paddle locks, deadbolts and door chains with squinty eyed peepholes. If ya want in, if what ya need is behind that door, if that’s where your dream lies, where you passion leads you, then you’re gonna have to kick that fucker in, your gonna have to bust it down, you’re gonna have to throw yourself against it, again and again, with all you might——until you get in, or get out, or get through————until you are allowed passage to that place where you know that you were meant to be, that place where you belong.