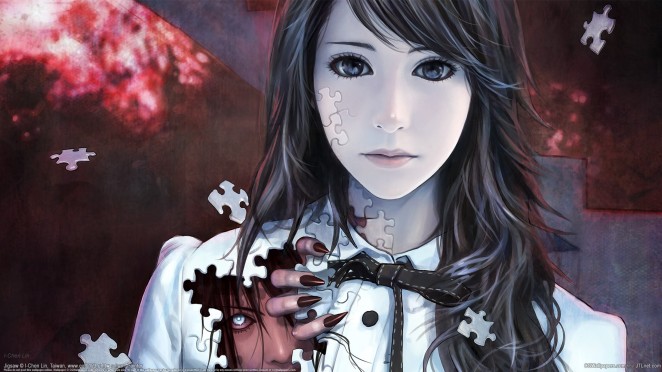 I’d take raw emotion over a calm and collective indifference. Indifference is a wall built of blind bricks———nobody see’s their own loneliness from the outside in.  The opposite of love isn’t hate, but rather indifference. It’s that mute emotion of not giving a damn———-Nobody hears the screams of their own loneliness from the inside out. Love is the tiny kindnesses we toss like pennies into a beggars heart shaped cup. Why do we deny one another passage into each others world?

I knew a girl who was childlike; she protected her stained-glass heart. Like all things of beauty, it was fragile and transcendental. She walked on rainbows, she called to the thunder, ——-and she smiled with the eyes of a child, wide open with wonder. She was impetuous, headstrong, soul-strong. She was shy, mystical, complicated, sensual and not yet broken by the restraints of womanhood.

She found the door to my world carelessly unlocked. She strolled through all of my dusty rooms flooding her light on my dark empty spaces. Her eyes fractured the morning sunlight casting tiny prisms on the walls, ceiling and floor. Her breath billowed through my sheer drapes. She smelled of citrus, her skin was salty and savory like the sea. She let me move through her, we moved in unison, we swelled, we crested and then violently crashed in on ourselves.

Outside, their cites burned, their temples crumbled and the laws of the righteous went unheeded. We trespassed into the forbidden garden———and we defied the rule of jealous gods……………as we found eternal love in a mortal’s world.