Soundtrack, “Old and Wise” by the Alan Parsons Project. 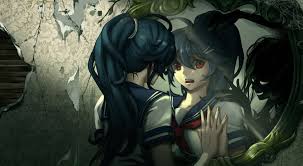 I hate unsolicited advice. Most men know that it is not wise to give another man unsolicited advice. The most important thing to a man is respect and his pride. These things are earned and not idly parceled out like cans of beer—–although oftentimes such libations are swilled to make up for the lack of such noble qualities. On a rare occasion a man may give a fellow golfer advice about how to grip a club, how to adjust their swing or stance, but guys like that seldom get asked back for a future game. Guys have gotta figure shit out for themselves, it’s just he way it is.

Men like to give women advice. It makes them feel superior. It inflates their anemic ego’s. Most women will politely listen even though they know that men spend eighty percent of their time thinking about how to get pussy and what to eat next. The remaining twenty percent of their time is spent picking their nose at red lights or making fart jokes. Under the three piece suits, the impressive job titles and fancy cars, men are basic creatures bumbling their way through life. Women don’t give advice, they make sly suggestions. “Honey, maybe it would be better to use dental floss rather than a pocket knife to clean your teeth.” “Please don’t use gas to light the barbecue dear. Let me fry the burgers on the stove.” KABOOM!!!

But, in spite of my prior warnings regarding unsolicited advice, I have decided to dispense some brotherly advice. So please, “Forgive Me”.

Our time here is so short—–it doesn’t pay to deny ourselves and others forgiveness. Anger only cuts off circulation to the heart and puts a strangle hold on our ability to convey empathy. Forgive, because in the big scheme of things your petty grudges will emotionally bankrupt you. It’s like paying interest on a debt but never reaching the principle—-ya see, you can’t loan love or forgiveness, their value is only realized when given for free.

I wonder if we wear clothes out of shame, or is it a means to hide our insecurities. It’s tough to take another person seriously when they’re parading around bare ass naked. Nakedness is God’s way of showing us that in spite of Madison Avenue fashions and photoshopped vanities—–we’re all allot more alike than we are different.  Under skin and bone our fragil humanness flickers…..

Forgive, because one day you’ll realize that all the stuff you once thought so important were just things made up in your head. This clarity only comes after a major life event like getting fired, losing someone you love, going through a divorce, having a major health scare, facing your mortality or watching reruns of “Friends” (they all look so young). You’ll flop around like a trout out of water, realizing you’ve mistaken the barbed hook for the golden ring.

It all seems so absurd——all the girls you tried to impress with false bravado, the fake laughs given for free to please your dim witted boss, the loud arguments availing only hurt feelings——its all comes back to you like a strange dream, like staring up at the shimmering surface of the water while holding your breath at the bottom of the sea. Down there, there’s only shipwrecks, rusty anchors, the eight armed Kraken and the tiny fart bubbles you release as pieces of your forgiveness. Farting is God’s way of telling you to not take yourself to seriously.

We stubbornly withhold our forgiveness, we’d rather offer up snide remarks and sarcastic smiles. We expect others to rain apologies down upon us, but the sad truth is, some people don’t know how to be sorry. They only learn forgiveness by being forgiven—-and the bible along with all the other holy books speak of this irony. The currency of unspoken forgivenesses pays out in wasted time, it lengthens the bridge we’ve all come here to cross.

One thought on “Forgive”