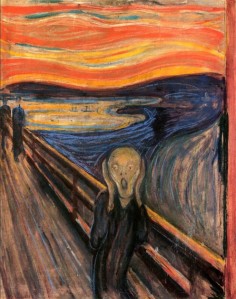 After golf, we went downtown to the Casino where I drank beer and lost forty bucks (imagine that!).  I don’t know if not winning kept me in a bad mood or being in a bad mood is what caused me to lose.  Winning at gambling doesn’t depend so much on the cards you’ve drawn, but more so on how you play the hand you’ve been given—-and so it goes for the game of life.

Now I was drunk, broke and in a worse mood—–Another doomed walk on the wild-side—(and the colored girls go)—-doot da doot— da doot—- da doot doo—- doot dat doot—da doot—- da doot doo).  Finding one’s way into the wild is always much easier than fighting one’s way back out, just consider the plight of Christopher Johnson and his ill-fated mis-adventure documented in the book—-“Into The Wild”.

When we got back home, I drank more beer>>>>>burp….  I became ornery and picked a fight with my girl—-At this point, I’m holding the entire world in contempt——————what a mess—I’m a mess—-everything’s a mess.  The committee of individuals who govern my personality have been overthrown by a kook—a madman, a creep and a weirdo.  The nice guys, the polite ones, the peace makers, the ones who give a shit about anything, have been run off and put on hiatus—–I fuckin did it–-again!

I believe that we can’t separate who we are, from what we do——or what we do, from who we are. Jesus once said, “You’ll recognize them by their fruit. Are grapes gathered from thorn-bushes or figs from thistles?”  Although, in this metaphor he’s referring to false prophets—–but for me, it’s a truth that speaks to us all.

Sitting on the hard Christian pew in the front row of Saint Joseph’s Church, I idly listen as the pipe organ fills the stained glass chamber with the sound of Ave Maria.  The beauty of the melody is occasionally punctuated by the echoes of a cough or a child’s desperate whine.  The organ stops and the room is consumed by a ponderous silence; the silence of a funeral is louder than that of any other decibel—it is the deafening sound of stillness.

It’s hard to say how many times any of us may have lived or died, but today, eternity surges through this space like static electricity during a thunderstorm, death teaches us about the impermanence of all things—-a million days or a million years, mortality will never empty my pocketful of soul.

The priest droned on in a thick accent, perhaps Indian or some foreign place from the far east—-his fouled up mispronunciations make the ancient stories from the bible even more esoteric.  The messages within these texts I’ve heard hundreds of times.  At different stages of my life I’ve interpreted them differently, isn’t that the way of any true art.  For me, faith is an art, something that grows and changes as it finds new ways to connect with me in a place beyond my limited five senses. I‘m not a biblical purest or fundamentalist, I am a spiritual personalist—I believe God speaks to us all in his own personal language of love.   I hear him in the wilderness, others may feel his presence on a commuter bus, God finds a way to adapt to our idiosyncrasies.

Ironically, things become so twisted when we force God to conform to our personal needs and demands—-oh the horrors perpetrated in his many names.  I prefer the belief that we are created in the image of God, rather than God created in our self serving image.  Such a subtle yet profound change of outcomes when choosing  between these two conflicting points of view.  My puny prayers are composed out of a humble desire for there to be less of me and more of God in this broken world.

I’ve never had much of a grasp on God, religion or spirituality, but in the peacefulness of this moment I’m absorbed by a sweet serenity.  In the presence of the sacred statues, symbols and the mumblings of holy prayers I’m filled with a sense of communion to all things.  I suppose this sublime feeling may also be evoked from Gregorian Chants, Hindu Mantras or Zen Koans, we are all reduced to the simplicity of oneness in the presence of God.

“If Jesus were alive today, the last thing he’d be is a Christian.”

The sentiment communicated in the above quote may be applied to all prophets and spiritual leaders who have been merchandized, propaganda-sized, materialized, cauterized, convicted and tried, dehumanized, demoralized, rectified, deep-fried, electrified, televised, commercialized and apostatized—–