Incentives and Indiscretions (room for shame)

I’ve seen a revolution happening at the supermarket, at water fountains and coffee shops. Masses of people are being manipulated into changing their old bad habits and becoming more “woke”. This raises the question, Who and what is changing and why.

Humans are creatures who react to incentives. These incentives can be as small as saving a nickel at the supermarket. Where I live a law has passed requiring supermarkets to no longer give customers groceries bags for free. Shoppers who fail to provide their own reusable bags will be changed a nickel for each bag that is provided by the store. I too, fell victim to the harsh learning curve of remembering to bring my own reusable shopping bags to the store. After multiple times of being asked by a visibly exasperated grocery clerk if I wanted to buy shopping bags, I began to experience “grocery bag shaming”. At the checkout stand I discreetly whispered to the clerk that I’d be needing to purchase a plastic bag. My fellow shoppers eyed me with a look of disapproval and pity. At first I was angered by this new requirement, but this nickel incentive gradually began to sink in and influence a change in my behavior. I now instinctively bring grocery bags with me to the store. I feel a new found sense of pride when I boisterously announce to the clerk that I will not be needing any of his over priced grocery bags, as I have my own cloth reusable bag——-thank you very much.

And what about those ubiquitous disposable water bottles that are used once and then tossed into a mountainous trash heap? There are now several models of reusable water bottles available. In conjunction with these bottles, is a new water fountain designed to allow individuals to fill up their water bottle by simply pressing a button. l once again realized that I was being manipulated by some sort of covert conspiracy. My disposable plastic water bottle is silently being phased out. What’s next? Windmill farms and Solar ranches? These are probably changes the unity companies don’t want to see sprouting up. 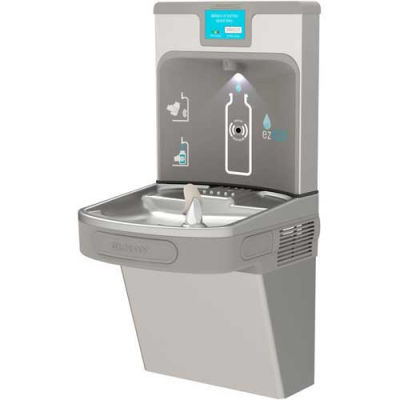 Why should I continue to spend money on non-reusable water bottles when I can fill up a reusable bottle for free. Just another example of how the implementation of simple incentives can influence behavior.

The problem with global warming is that it seems so immense that it’s difficult for individuals to believe that they can make a difference. Climate change is complex. It’s a crisis unfolding in slow motion. Scientist have been warning about the effects of carbon emissions on the climate for over thirty years. We are now experiencing record breaking heat waves and droughts, the melting of glaciers, the warming of oceans causing them to rise, epic 100 year storms happening yearly, increased wildfires and the over all heating up of our planet. At this rate humans will eventually not be able to survive in this harsh environment. It would be nice if people would modify their behavior altruistically or because it’s the right thing to do for our children and our grandchildren. But humans are creatures of habit and seldom change their behaviors until something personally affects their life or finances.

The concept of utilizing incentives to change individuals and our culture as a whole is a daunting task, but we have a tool that can make this possible. This model of incentives has effectively been implemented by insurance companies. For instances, if you don’t smoke, are not overweight, belong to a gym and attend a yearly physical you will be rewarded by having your insurance cost reduced. The same holds true with car insurance. If you don’t have accidents or tickets on you driving record you will pay a lower insurance cost. You may say that this model is manipulative, but advertisers are influencing your behavior all the time. Why not use this model in a positive fashion to protect our environment?

Incentives can be used in how taxes are applied to an individual or a company. Examples, provided reduced tax incentives for people who buy energy efficient appliance, purchase or electric cars. The same incentives can apply to people purchasing and installing solar panels and for utilizing public transit. These are just a few examples of how applying strategic incentives can be utilized to reduce carbon emissions.

I must confess, I’m an optimist. I believe that we can save this planet one grocery bag at a time, one water bottle at a time and one cup of soda or coffee at a time. But, I’m by no means exonerating corporations from their responsibility to take actions in stopping global warming. Neither, am I excusing politicians who fail to support regulations designed to address the urgency in taking actions to halt global warming. We need to elect “representatives” who believe in science and will create laws that will reverse global warming. Make no mistake, the stakes are high and time is running out before we reach a tipping point of no return. We need to live and act as if the future of our planet and our children depends on the choices we make today——-because they do!

Do your part! Be an activist!

Vote for politicians who commit to aggressively address climate change.
Vote for politicians who acknowledge the urgency in stopping global warming.
Vote for politicians who believe in science.
Reduce, reuse and recycle.
Be mindful of utilizing reusable items such as cups, water bottles, grocery bags.
Patronize business that have gone green.
Boycott companies who fail to post benchmarks they will meet to reduce their carbon emissions.
Shut off lights, be conservative in your use of heaters and air conditioners, adjust your thermostat and hot water heater.
Avoid products with a lot of packaging.
Prepare more vegetarian meals. It’s better for your health as well as the environment.
Utilize mass transit, walk, ride your bike, car pool.
Purchase vehicles that are electric or have low carbon emissions.
Plant a tree.
Plant a garden.
Plant a community garden.
Shop at your local farmers market.
Attend rallies that are designed to increase awareness of global warming.
Replace inefficient light bulbs with ones that are more energy efficient.
Weatherize your house.
Start composting.
Get a home energy audit.
Check your tire pressure.
Use a clothes line.
Purchase energy efficient appliances.
Reduce your lawn coverage with landscaping that requires little water.
Support solar power, wind power and other sustainable energy sources.
Support a carbon tax.
Disinvest in carbon heavy industries.
Tell your representatives to endorse the Paris agreement.


An addendum to the initial “Spoiler Alert”
Believe you can make a difference and make life choices that support ways to stop global warming——Before it’s too late!